EXCITEMENT WE CAN DO WITHOUT 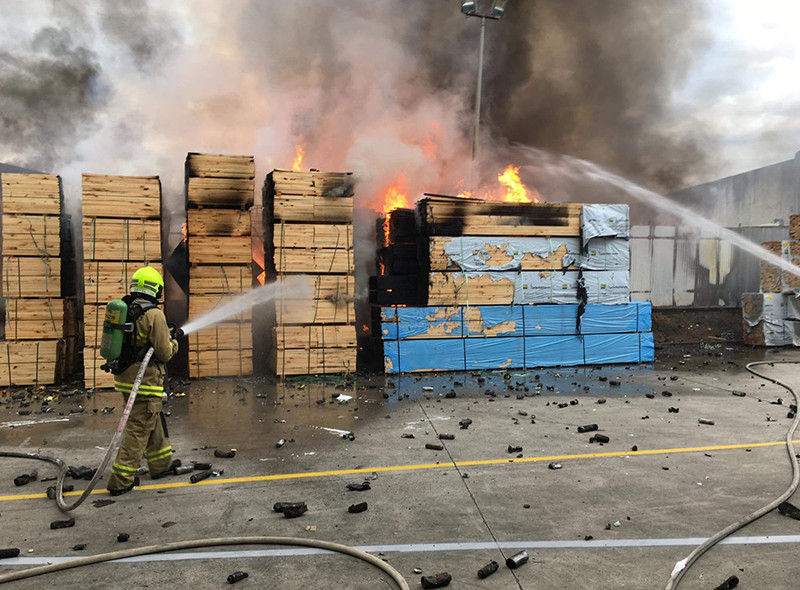 Just after 8:30 Monday morning an almighty blast shakes out any relaxed weekend thoughts from anyone on our site. Our next door neighbour’s solvent recycling plant has bursts into flames.

The explosion and fire causes us to enact our Emergency Response Plan. This is when we realise our emergency evacuation drills were worth doing. When it’s on – it’s on. The trained Fire Wardens jump into action and all staff are immediately evacuated and accounted for. Forklifts and equipment are abandoned where they sat.

Our operation instantly becomes a ‘war zone’. Flaming projectiles are raining down in our yard. Plastic wrapping on packs disintegrates. Drums and debris are now littering our yard from over the fence. Packs of timber along the fence line are on fire. Constant explosions are coming from immediately over the fence. Anything plastic on the facing wall of our facility has suffered but fortunately not ignited.

The serious news is that one of our neighbour’s workers has been burnt in the blast and is badly injured. Ambulance crews and the Careflight helicopter arrived very quickly. 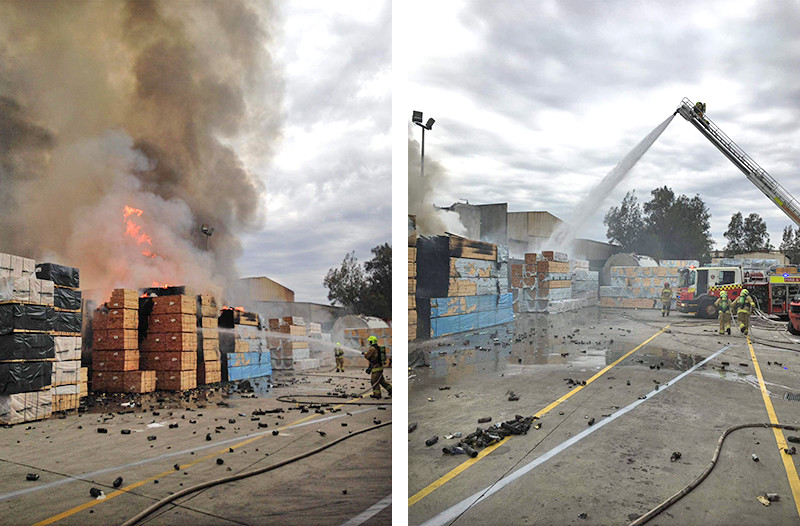 Eighteen fire engines with 100 firefighters from all over western Sydney descended and immediately worked on containing the fire. Hazmat crews took control due to the chemical nature of the fire. Meanwhile our yard stock along the fenceline was still on fire. With the fire burning principally on our boundary crews came in to attack the blaze from our side of the fence. Flames and fireballs were rising over 20 metres into the air. The smoke plume was visible all over Sydney.

Ground firefighters started hosing down our burning stock and a snorkel truck pulled into the yard to shoot water over the fence and onto our stock. About 45 minutes into the drama it is now looking like our factory and the bulk of our stock would be safe.

That was it for the day’s work in the factory. All our production staff had to abandon their possessions where they were when evacuated. Car keys and personal belongings couldn’t be accessed until given a clearance from the fire brigade. Afternoon shift could not operate that day either.

EPA, SafeWork NSW, Penrith Council, police and insurance teams arrived on site to start the investigation and ensure environmental hazards were monitored. Media both on the ground and in helicopters have broadcast the events.

Things settle down and you quickly see that as bad things were they could have been worse. Lost stock, lost production and lost sales are nothing. Keeping our staff safe is paramount. 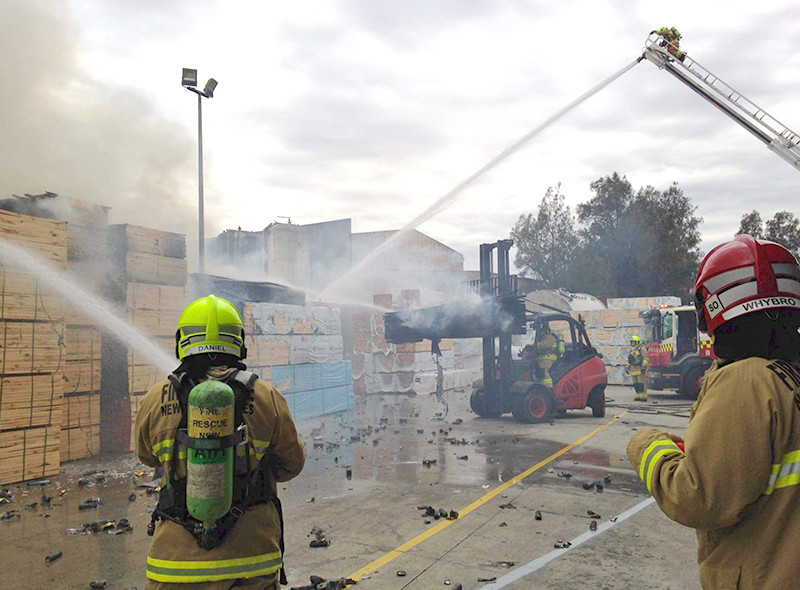 Later you can analyse and learn from the experience and pass on to others what to consider in their lives and businesses. Have an Emergency Response Plan and practice it. Know that you have a register of anyone that may be on site at any time, understand who has the responsibility to check the toilets etc., ensure someone has gone to man each entrance to your site to stop access that could be dangerous and then make sure you know who and where they are so you don’t send people back in to find them. How many trained First Aid Officers do you have on each shift?

Think about not only your insurance but your neighbours’. Do they have enough cover if their actions damage or destroy your business? The SafeWork authority will be investigating and they won’t be just issuing warnings. EPA, police and Council will be the same.

Programmed Timber Supplies has always taken their Duty of Care seriously and do as much as possible to keep everyone safe on their site at all times. The value of vigilance will pay off when luck doesn’t go your way. This time we were lucky – or were we? Yes, but we may not have been without a clean and accessible site with serviced hydrants along with trained staff.

Thank you to all our staff, emergency workers, responding authorities, service providers, customers and suppliers for your actions on and after the day.